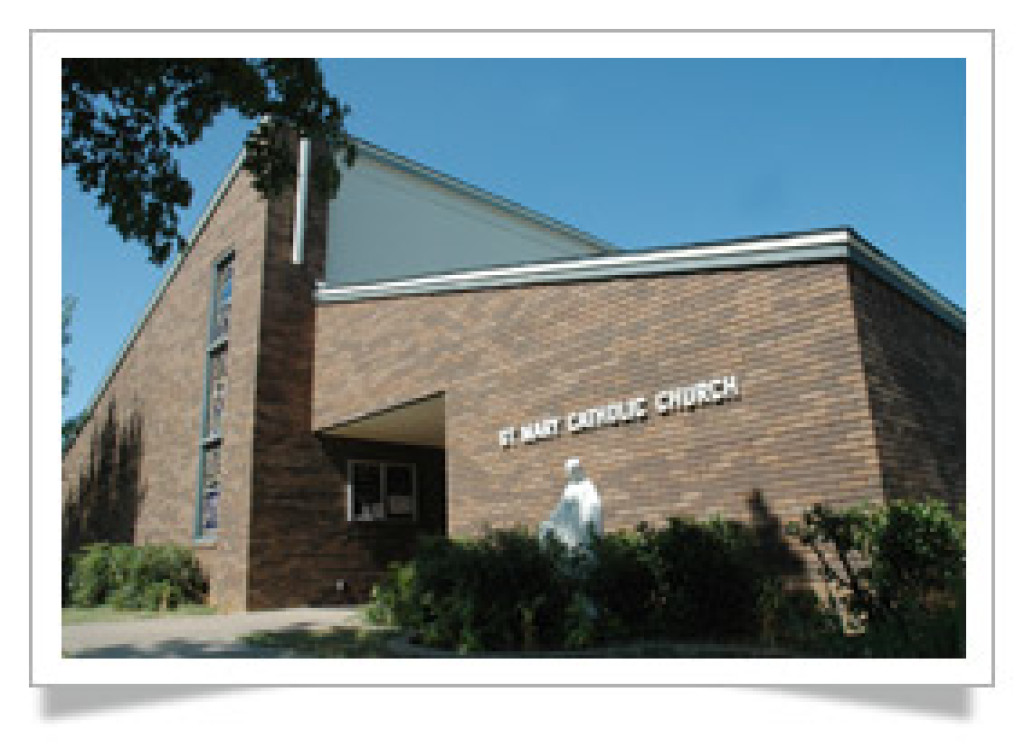 The Catholic Community of Jacksboro

A hearty welcome to St. Mary, Jacksboro.
If you need any spiritual assistance please do not hesitate to call the parish office Telephone  Number 940-683-2743

Jacksboro, the county seat of Jack County, is a prosperous agri-business center located at the intersection of U.S. highways 281 and 380 in the approximate center of Jack County. Attracted by the offerings of the Texas Emigration and Land Office settlers first arrived in the Jacksboro area in the mid-1850’s. Along the banks of Lost Creek a small community of farmers took root and spread out over the pastureland between the river and the waters of the West Fork of Keechi Creek, south of the original settlement. As the distance from the original site increased and the number of buildings, including a church and schoolhouse, grew, the settlers began referring to the town taking shape as Mesquiteville.

Catholics were among the first settlers of Jacksboro. Among those pioneers were the Murphy, Schneider, Myers, Knox, Risiey and Johnson families. The first missionary to serve this area was Father Burns of Fort Worth, Texas. Due to inadequate transportation the mass was celebrated only once or twice a year from 1891 to 1896. Father Goessens of Henrietta celebrated the mass about four times a year at Jacksboro at the turn of the century.

In 1899 Father Goessens began keeping records of the mission at Jacksboro. Listed in those records is the baptism of George Stephen Risiey on March 26, 1901. Mr. John P. Hoefle and Miss Josephine Scheneider were married by Rev. C.A. Drieling at St. Mary’s on September 8, 1917. Confirmation was first conferred by Bishop J.P. Lynch of Dallas in 1912 or 1913.

In 1911 Father Kline of Henrietta began the construction of a church building in Jacksboro. Until that time mass was held in homes of parishioners. Many times an old upright piano served as an alter to the faithful of Jack County. The first church was completed about 1912 at a cost of some $2,100.00. The land for the church was donated by Mr. Dennis Murphy. It was located in the north edge of town, opposite the cemetery.

The first pastor was Father Kline, who held services once a month. The church was at the edge of town, it became a hunting ground for the small boys of Jacksboro. The windows were shot out and the building generally torn up. It was then abandoned as a church and mass was held at Mrs. Rose Risiey’s for six years.

Jacksboro became a mission of Decatur in 1938. In 1945 the church on College Street was constructed by Father Ed Devers. Father Casimir Glogowski said mass every Sunday and Holy Days. In 1954, a new organ, evaporative cooler, new roof and various new items of church furnishing and vestments were purchased.

In December 1979, St. Mary’s got burned. Father Albert Neinatt was then the priest. We had mass in the Methodist Church until the spring of 1982 and then moved to our present new church located on Highway 148. Our first mass in the new church was Easter Sunday 1982. At the mass a card table was used for the alter since it was no yet completed. The alter was hand made by Bobby Hutton, a Jacksboro carpenter. The dedication of the new church was October 1982.

Before the completion of the new church, Father Neinatt became ill and Father William Winoski came to take his place. Father Winoski was the priest at the dedication of the present Church. The dedication of the New St. Mary’s Church was officiated  by the then Bishop Joseph P. Delaney of Fort Worth diocese.

As time passed many Hispanics families joined our church community. To accommodate all, our masses became bilingual. Due to the shortage of priests, it became necessary for Jacksboro to have their mass on Sunday  evening.  At present we are blessed to have Reverend Reehan S. Antony, SAC as our Pastor. He is  from India belonging to the Society of the Catholic Apostolate, the Pallottine Fathers.  He   joined the parish on July, 2018. He is  the spiritual leaders of the three parish communities in Wise and Jack County.

NOTE: Link to Parish Council not working on old site, so I can't add it to picture here 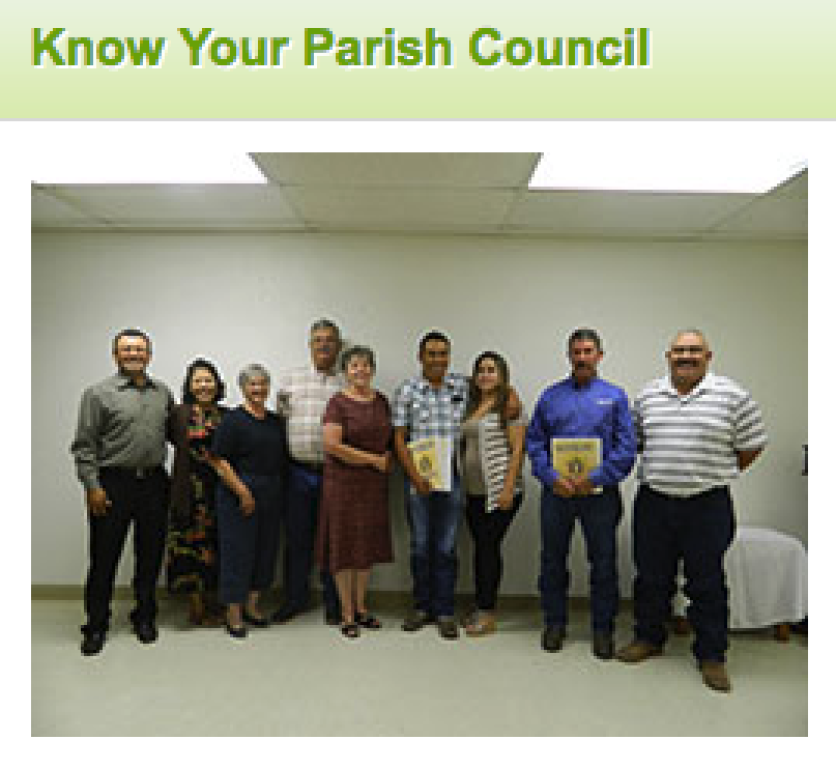