Assumption of the Blessed Virgin Mary

Hearty Welcome to the Assumption of the Blessed Virgin Mary Catholic Community. If you need any spiritual assistance please do not hesitate to call the office at Bridgeport

So many parishioners, past and present, have contributed much time, money, talents, goods and devotion to make the parish of the Assumption of the Blessed Virgin Mary, Decatur, Texas, what it is today!

August 15, 1938, Reverend Edward J Devers, a recent ordained priest for the diocese of Dallas, offered the first Mass in Decatur at the home of Lawrence and Anna Mae Flusche.  With funds from the Extension Society to supplement donations, parish volunteers and local craftsmen, the first church was built of native stone on North Trinity Street. It was dedicated on November 26, 1939 with twelve families present. Families present included Mrs. A.M. Shaw, Miss Margaret Tumelty, John and Phil Tumelty, Rupert Weinet, The Clark family, the Green, the S.D. Thames family, the three Flusche’s families, Lawrence, Al and Conrad,. Robert F. McDermott and Albert Pennartz… Many family descendants have continued to be members thru the years that have followed…From 1938 until 1975 the three parishes were served by the parish priest here in Decatur. In 1975 Decatur had its own priest until 1993.

In 1948  a rectory built behind the church land adjacent to the church. The adjoining original tract were purchased for use as a parish center and parking lot. In November 1951 a fire destroyed the interior of the church. After a fund raising campaign and restoration work, the church was rededicated in February 1952, by Most Reverend Augustine Danglmayr, Auxiliary Bishop of Dallas.

The parish has given one priest to the diocese, Reverend Robert W. Thames, who offered his first Mass in Decatur. He is now serving the diocese of Fort Worth in Cabezas, Bolivia helping with parishes and schools there.

Under Reverend Richard McGowan 1986-1993, a committee was formed and in 1989, fifty years later, the present church on Deer Park Road, was dedicated on a seven acre site, by Bishop Joseph P. Delaney of Fort  Worth.

The old church, rectory, and other property were sold and the present church and facilities have served our needs as our church community has grown. The original twelve families in 1939 have grown to over four hundred households. The parish statastics show that over 80% Hispanic household. In 1993, Decatur joined St. John’s in Bridgeport and St. Mary’s in Jacksboro to become Tri-Parish sharing one priest, having the central office and rectory at Bridgeport. Under Reverend Gonzo Morales, Art Casias of Jacksboro, became a Deacon and helped with the growing parish duties.

After many years of church volunteers heading C.C.D. classes, we had a a nun in charge with teacher volunteers. A youth ministry has been established for grades 7-12 in 2007, we have a provision for  a young adult group for the ages of 18-30. the other organizations we have at decatur Catholic Community are: the Knights of Columbus, Reverend Edward J. Devers Councils #9644 charted in October 1948. The Catholic Daughters of America, the Ladies Group, the Ultrellas, the october festival committee, etc to name a few.

Throughout the years women’s organizations have helped with cleaning, providing meals especially for the funerals, receptions and helping with all parish functions alongside the Knights of Columbus and men’s groups. A chapter of Catholic Daughters of Americas, Court Pope John Paul II #2580 was established in October 2006. Under Reverend Sojan George, daily Masses have been added expect on tuesday and First Friday Adoration. Now we have adoration on First Friday from Morning 8. 30  a.m. to Evening 6:30 p.m.

At present we are blessed to have Reverend Reehan S. Antony, SAC  as our Pastor.  He is  from India belonging to the Society of the Catholic Apostolate, the Pallottine Fathers. He   joined the parish on July, 2018. 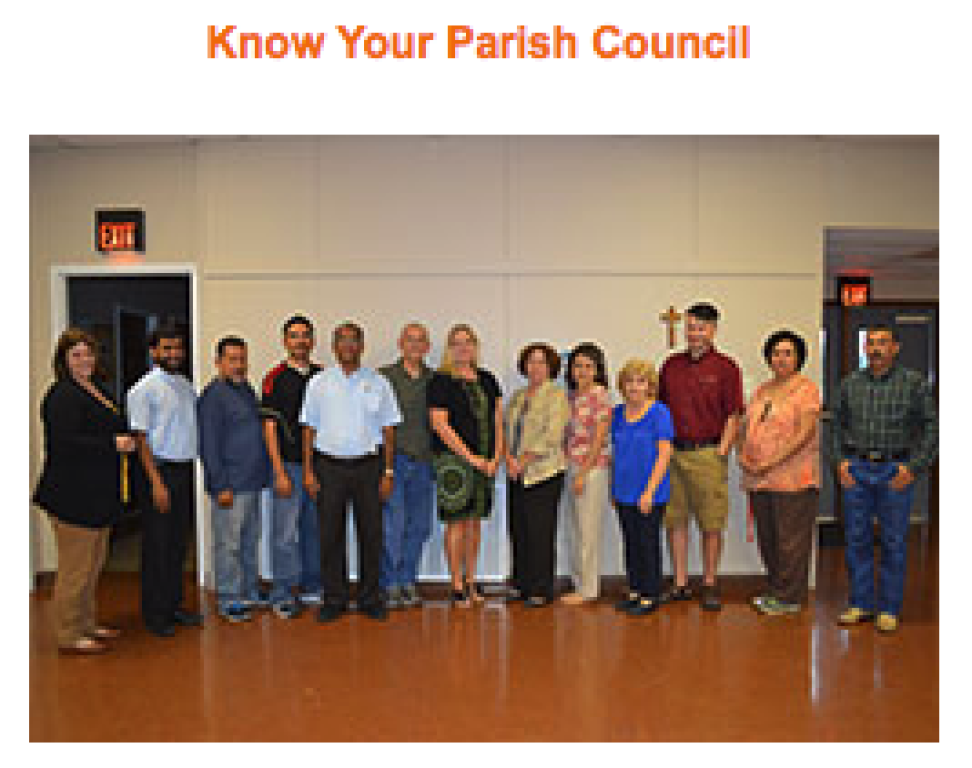